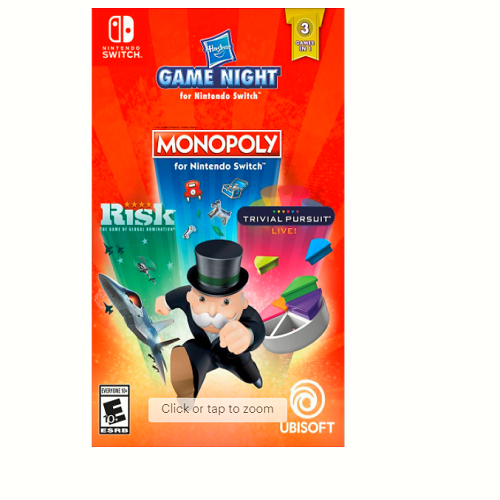 MONOPOLY – Discover 3D boards, exclusive tokens, and new ways to play, including shorter sessions. For up to six players

TRIVIAL PURSUIT LIVE! – Experience the thrill of TV-show trivia gameplay with up to three other players

RISK – Lead troops to victory in this modern version of the classic, with 3D visuals and custom rules. Up to four players