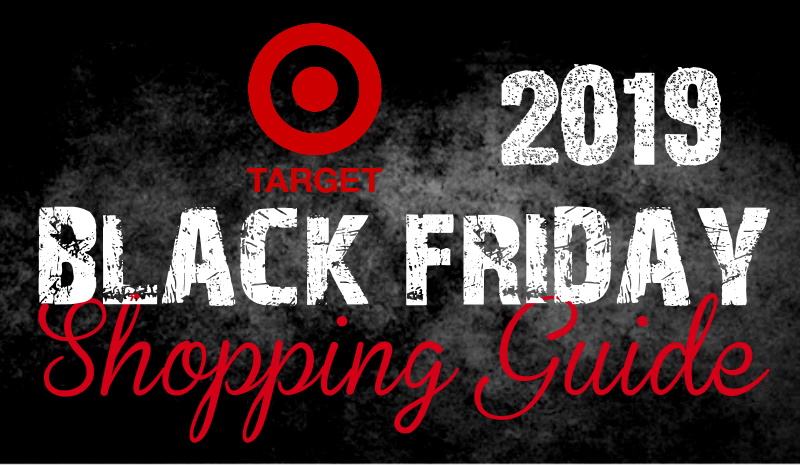 One of the most anticipated Black Friday Ads of the year has just come out this week! The Target Black Friday Ad is HERE, and it’s packed full of hot deals and doorbusters! Target claims that this year will be their “most epic Black Friday yet”, and judging from the ad and online deals we’re already seeing, we’re thinking there just might be some truth to that statement.

Target’s goal this year is to make it easier than ever for consumers to save during the holiday shopping season. The Target Black Friday sale is affectionately called HoliDeals. It features thousands of deals throughout the season, including a Black Friday Preview Sale.

In addition to the Preview Sale, Target Circle members can also look forward to a new Kids’ Daily Deal every day through November 27th. Save up to 40% each day on a new items for kids. Even better? Combine this offer with the 25% off toy mobile coupon for a smokin’ deal! Just text TOY to 827438 for your mobile coupon. You can use it in-stores or online through November 23rd.

Online shopping is really where it’s at if you want some of the best deals. With all of the deals online right now, Target is really making it so easy to save. Plus, online shoppers can get free two-day shipping on most items right now through December 21st. Target REDcard holders have this perk all year round, but now everyone can save on shipping!

Anyone shopping on Black Friday, November 29th, can also get a coupon for 20% off when they spend $50 or more.  You’ll get this coupon by shopping online or in-store, and it can be redeemed online or in stores from December 3rd to December 14th.

Want even more deals? Clear your weekend schedules, because Target Weekend Deals are back! Starting Saturday, November 16th, shoppers can take advantage of new deals every weekend. These Weekend Deals will continue every Saturday and Sunday through December 15th.

So, when does the Target Black Friday sales start?

The true Black Friday deals, including many of the deals you see in the ad, will start going live on the Target website around midnight PST on Thursday, November 28th. So, for you East Coasters, that’s going to make for a late night if you want to grab some of those deals, so make sure you grab a power nap on Wednesday.

We here at Freebies2Deals LOVE our online shopping. It means that we can stay inside and grab great deals while sipping on hot cocoa snuggling in our jammies.

Some of you, though, love the age old tradition of heading to the stores for Black Friday sales! For all of you hard core Black Friday shoppers, doors open at 5:00 PM on Thanksgiving Day and close at 1:00 AM. They will reopen on Black Friday at 7:00 AM.

Heading to the stores is also the only way you’ll be able to snag some of the best deals and doorbusters in the Target Black Friday ad, like the Element Element 65″ 4K Smart UHDTV for only $279.99. So, if you don’t see it online, be prepared to brave the crazy make a trip to the store.

As usual, there are some hot deals in the Target Black Friday ad this year! Some of the many deals include: