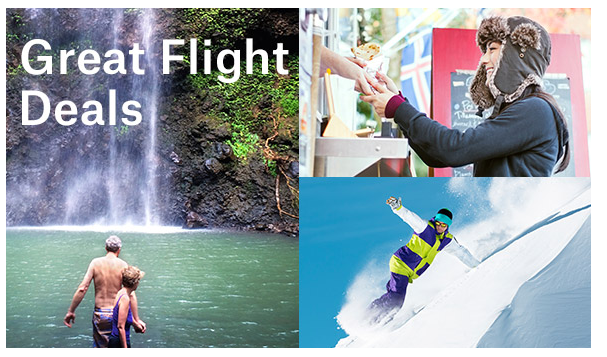 Planning a trip? Right now both Southwest & Alaska Airlines are running some pretty great airfare deals! Here are the deals that are available:

**Note: The San Diego Fares from SLC are on FIRE during this sale! Only $89 each way!!! If you live fly out of the SLC airport and have been thinking about taking a trip to the San Diego area, now is the time to do it!

Of course, as with all major purchases, please make sure to read all of the fine trip for each promotion before you book as other details and exclusions may apply.