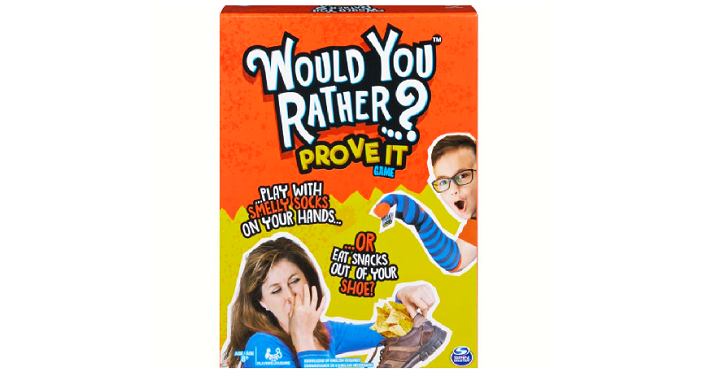 Score! Right now at Walmart, you can get this Would You Rather Game for Only $9.97! (Reg. $25). Would you rather play with smelly socks on your hands, or eat snacks out of your shoe? Would You Rather? Prove It is the awkwardly hilarious game of demented dilemmas! In this unnerving family game, players secretly vote with tokens on crazy choices as its revealed who would do what. Choose wisely and be careful what you vote for, or you might have to prove it! Players read out dilemmas from three different card categories: Would You Rather, Would I Rather, and Would You Rather…Prove It. You’ll be making tough choices, as you vote in the majority to earn a scoring chip or vote in the minority and you’ll have to prove it! Things will get hilarious as players who have to prove it do things like yodel, eat a spoonful of butter or play a whole round moving like a sloth! Play Would You Rather? Prove It with your family and friends for your next game night! READ MORE »